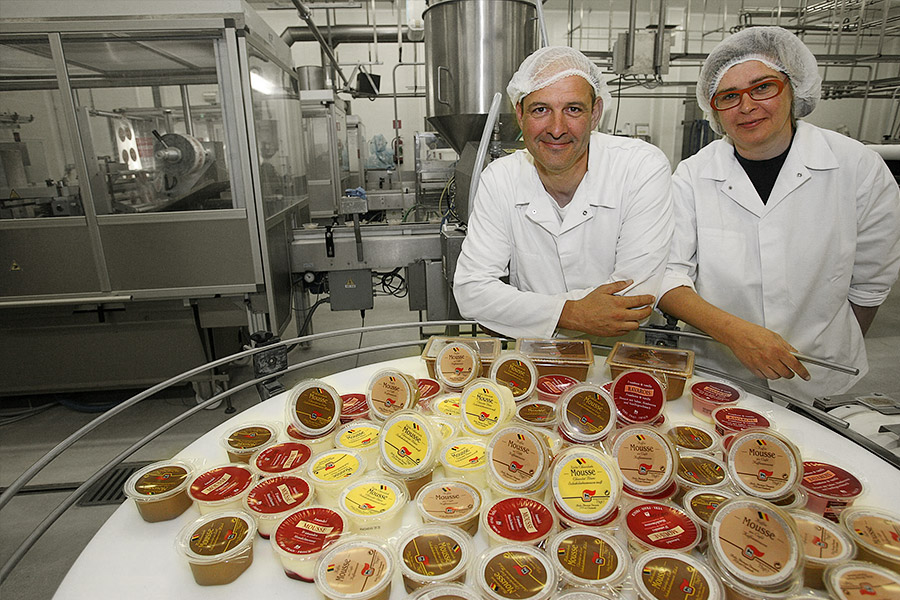 It all started in 1986. Herman Roobroeck and Pasca Smet – qualified chefs with the necessary experience in the hotel and restaurant sector and faithful supporters of the homemade character of food – decided to start up a catering business in the heart of Ostend. In the beginning they offered a broad range of homemade dishes, including a number of desserts. After a while the local supermarket UNIC asked whether it was possible to deliver fresh chocolate mousse. At the end of 1988 Herman and Pasca were the suppliers of no less than around fifteen UNIC supermarkets in the Ostend region. In 1989 Delhaize became a customer as well and after that, the product range was substantially developed. During the nineties the number of points of sale kept on growing steadily. The product selection was extended according to the trends of that time: white chocolate mousse, coffee mousse, tiramisu, caramelised biscuit mousse,...

From caterer to producer of fresh desserts 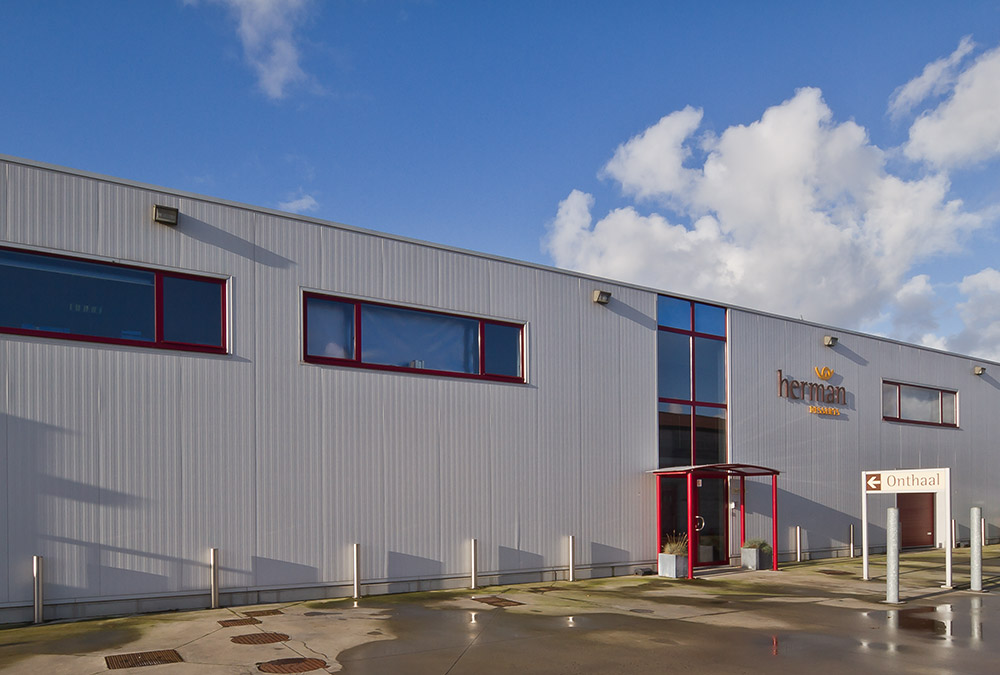 As the workplace had become too small, Herman and Pasca left the shop-premises and moved to the industry zone in Ostend. There, a new workplace of 400 m² was built. Although at first they carried on with both the catering business as well as the production of the desserts, they decided to solely focus on producing fresh desserts in 1993. Specific production machines were purchased and the necessary trainings were followed. In 1995 the catering activities came to a definitive end and the name of the business changed into Herman Desserts. 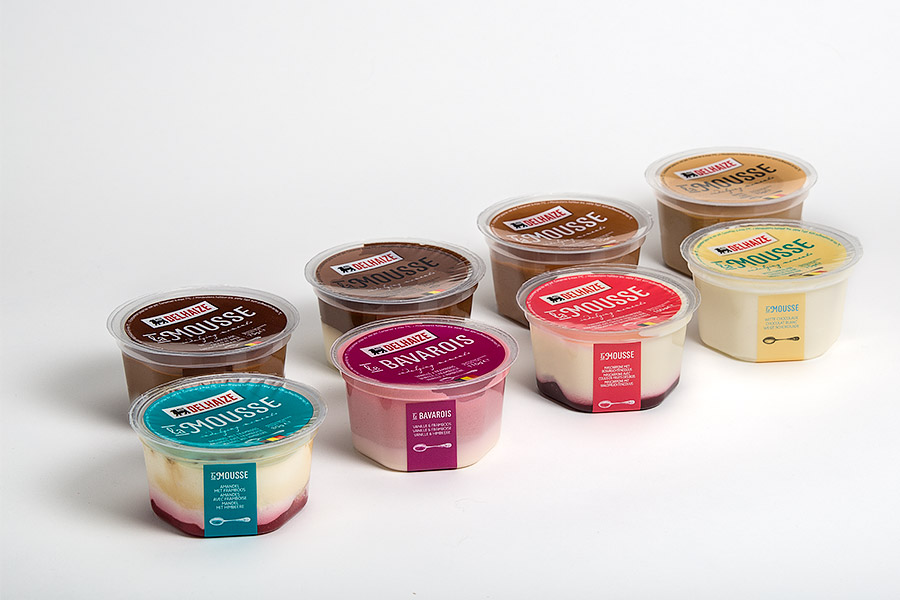 As the big supermarket chains wanted to sell our products under their own brand name (private label), they required a quality guarantee. We therefore invested quite a lot of money in the optimization of the desserts. Thanks to our strict quality policy we gained a HACCP certificate in 1997. Later on this certificate was extended to BRC / IFS and in 2004, Herman Desserts obtained the BRC A label certificate.

Herman Desserts started to export products to England in the beginning of 2000 and to the Netherlands in 2005. Exports are also currently being made to Northern Ireland and Switzerland. 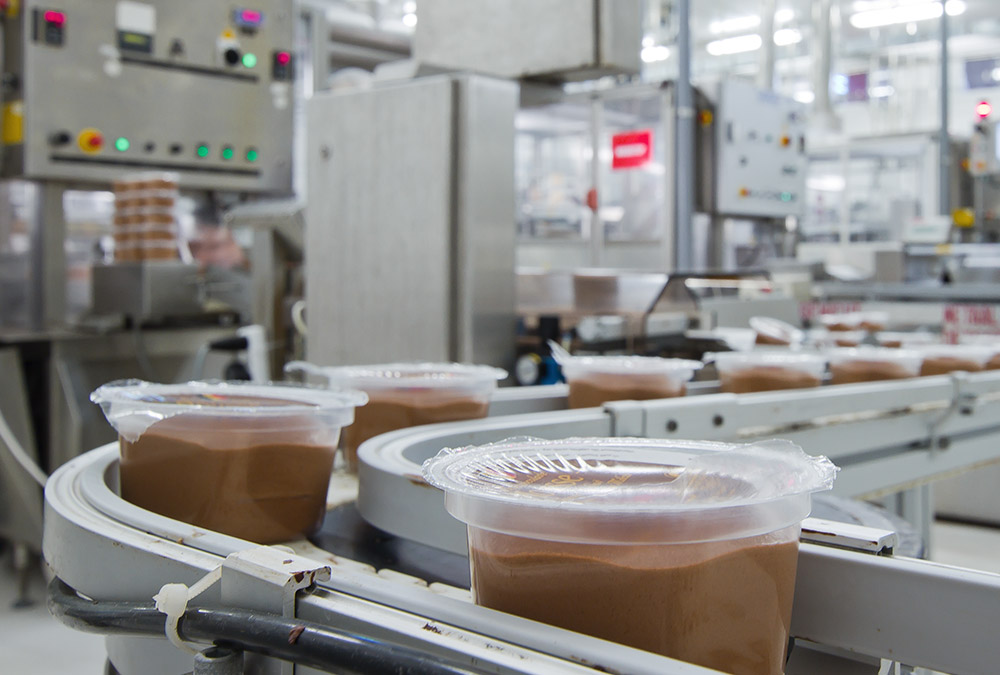 Today the production area and the warehouses take up more than 5000 m². The production has been fully modernized and automated. Every day more than 35,000 desserts are produced on four production lines. The product range consists of around ten fixed references and about six seasonal desserts. We deliver fresh desserts to approximately 1000 supermarkets every day. The staff of Herman Desserts consists of 20 fixed employees.

READ MORE ABOUT OUR COMPANY

Large customers have faith in our products, day after day!